Is Driving (to and from work) a Right or a Privilege? 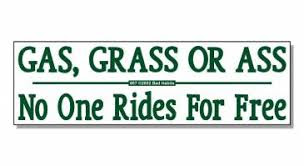 Courts are increasingly indicating their agreement with the view that suspending driver's licenses for certain offenders is unconstitutional and a violation of individual civil rights. This is especially so when it is held that licenses of indigent traffic offenders are lifted for failure to pay cascading fines and fees without benefit of some sort of means testing or harm reduction being considered.

I propose (modestly) a solution:

While I maintain that automobile ownership and use is actually a privilege as opposed to a God-given (or state-given) immutable right, it is clear that in many parts of the U.S., the ability to drive, or more to the point, access to private point-to-point personal transportation is essentially a necessity. Removing that access is a draconian measure and may perpetuate a cycle of poverty and law-breaking.

So how about this very simple solution? Local governments/municipalities establish and subsidize ride-share programs that get those that have lost their licenses to and from work, grocery stores, churches, the doctors, the library, etc. If you drive your own car for these purposes, it costs you something in terms of gas, insurance, maintenance, etc., so it would be only fair and reasonable for program participants to contribute those amounts towards their share of the project. The subsidies I mentioned would cover the shortfalls.

Participants might rely on Uber (a boost to Uber drivers), or ride-share in personal cars driven by others. It might be possible and even desirable if some program participants act as drivers, their license suspensions lifted in exchange for performing this task.

As a condition of program participation, a payment plan would be set for the fines and other fees that are currently blocking individuals from reinstating their licenses.

So how does that sound?
Posted by CAU Pegasus Systems Integration Group, LLC